Kitsuki is blessed with rich farm products and has a wide variety of marine products thanks to Morie Bay. 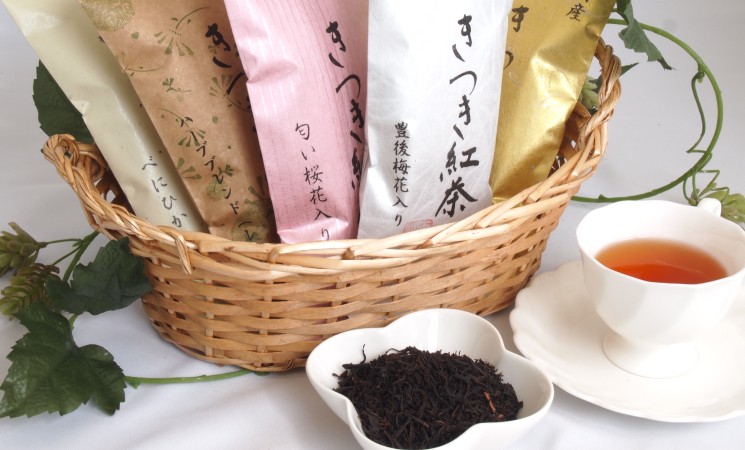 Kitsuki Black Tea is grown in a temperate climate and is known for its high scent and natural sweetness of tea.
You can buy Kitsuki Black Tea at Kitsuki Local Products Center.
In 1957, a medical practitioner Dr.Isami Matsuyama started the production of black tea in order to increase the income of farmers around.
The first prize was awarded at the National Competition held in 1964, but production stopped due to liberalization of black tea imports in 1971. Production resumed in 1995 and it is being sold as "Kitsuki black tea". 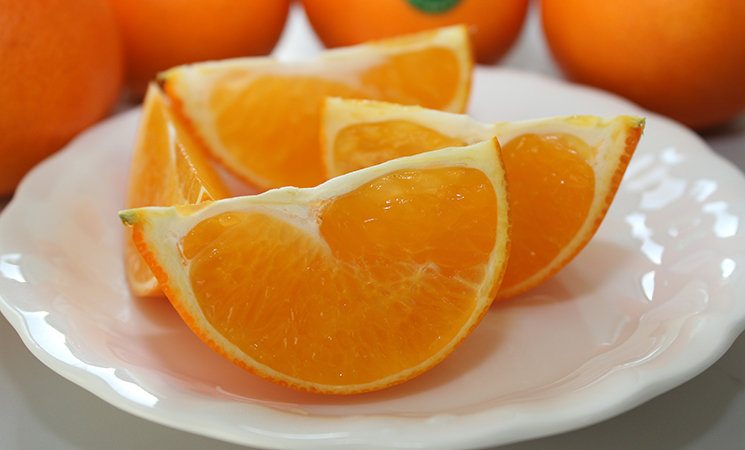 Thanks to the temperate climate, Kitsuki Greenhouse Mandarin Orange has perfect balance of sweetness and sourness.
Because volcanic soil does not raise water so much, it makes the mandarin orange so sweeter.
In spite of the high price, the mandarin orange has plenty of juice, a refined scent and sweetness, highly appreciated as a gift. 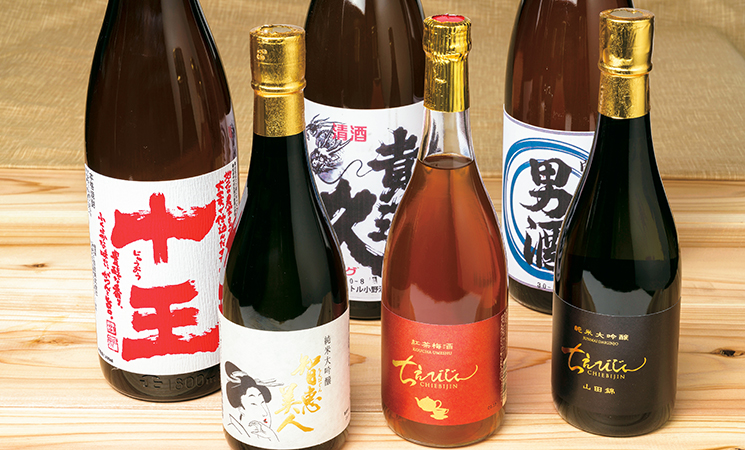 Kitsuki is known as the origin of high-quality Japanese sake in Japan.
There were many sake brewers in Kitsuki, but now Nakano Brewery is the only one still in existence.
Since the establishment of this brewery, groundwater to make sake is spurting out from 200 meter underground of sake storehouse.
In the Monde Selection we received the gold medal.
In 2018 "Chie-bijin" won the highest award at Kura Master Sake Contest held in Paris. 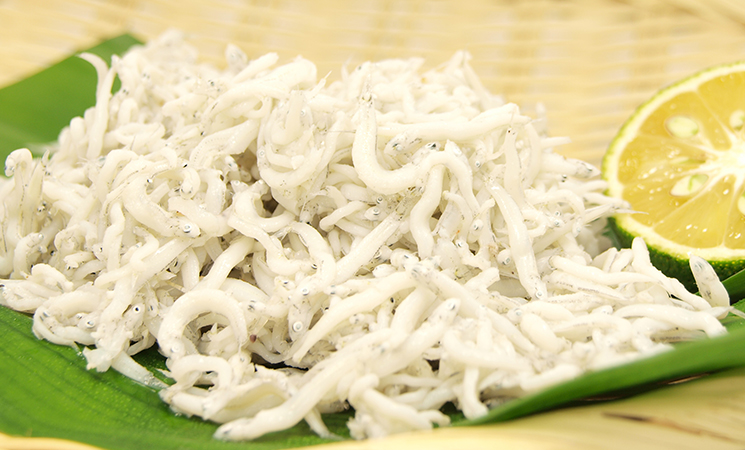 "Chirimen" is a young sardine.
Chirimen of Morie Bay is prized for its thickness and uniform size.
Even it is raw, boiled, dried, it is very delicious. 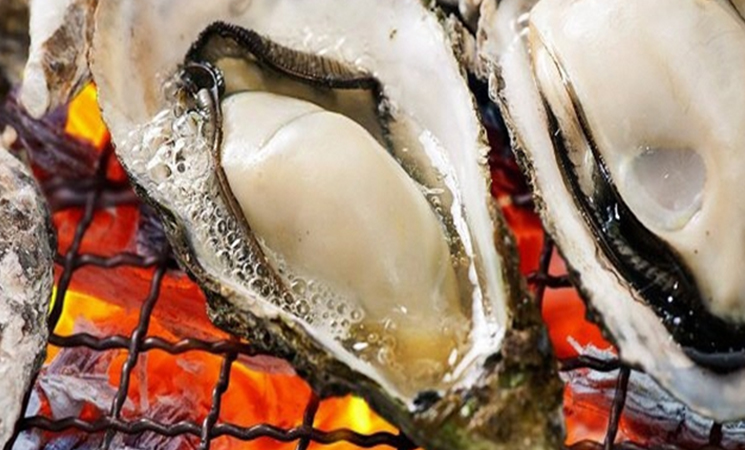 Morie Bay is the top of oyster producing place in Oita prefecture.
In season the bay is lined with stalls called Kakigoya where visitors can taste the fresh grilled oysters. 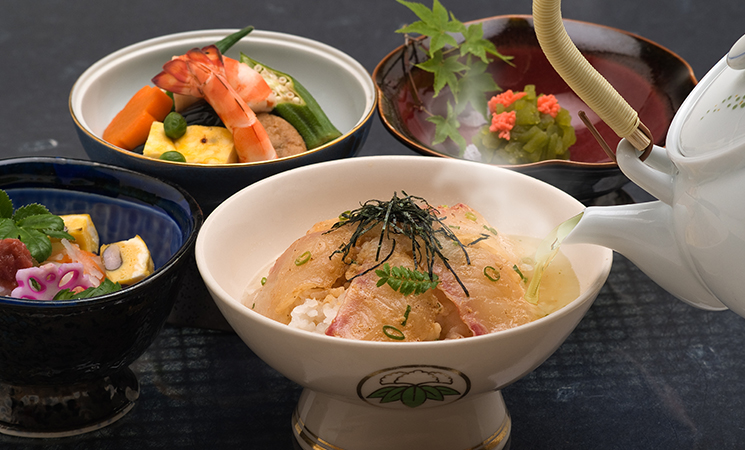 "Ureshino" is simple but exquisite. Sliced snapper steeped in a special marinade sauce, Laid on a rice and hot green tea is poured.
The name "Ureshino" is derived from the phrase "I'm happy" (ureshiino).
Every time it was served, feudal lord uttered this phrase. So dish was named "Ureshino"(happy) after this phrase.
You can enjoy this dish at the traditional restaurant Wakaeya founded in 1698.
Visitors can enjoy other local cuisine in Kitsuki. We use local ingredients abundantly, such as "Kitsuki Donburi", "Kitsuki Sandwich" and "pike conger" cuisine. 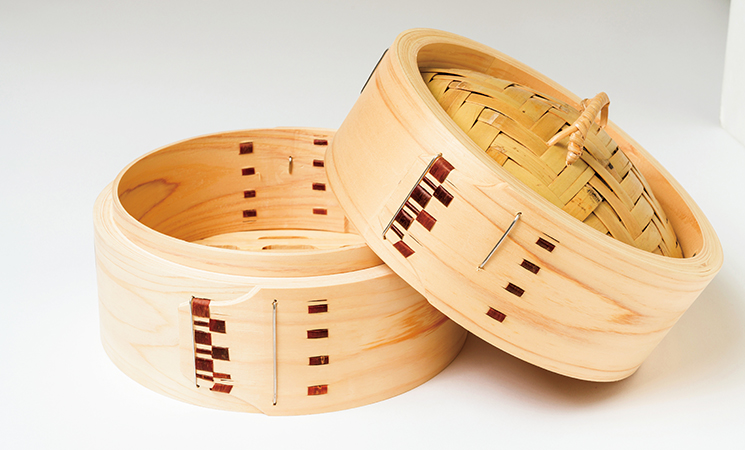 This shop was founded in 1877 (Meiji 10).
Specialty is a high-quality circular steamer made of cypress.
This is called "Magewappa" (bent wood).
The shop owner sticks to the handmade that needs traditional craftsmanship handed down from his father.
There are only two stores in Kyushu to pass down this craftsmanship. 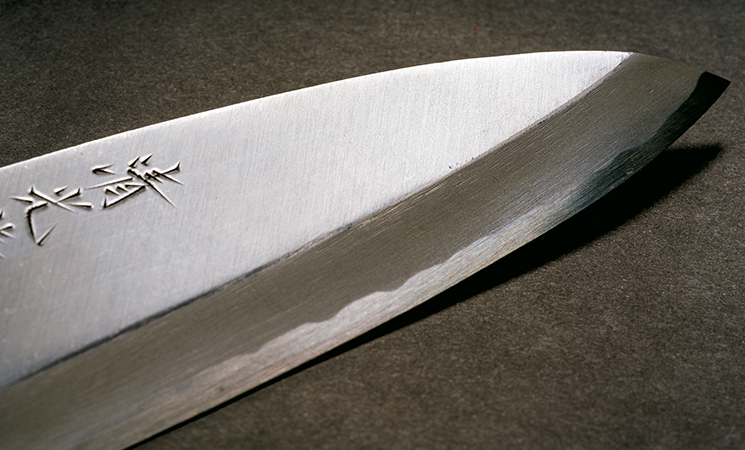 Mr. Tadayuki KONO is a swordsmith who is authorized by the Agency for Cultural Affairs.
Japanese Sword making is one of the traditional culture with 2,000 years history.
Now he use high-quality sword making techniques to make high quality knives.
He also make various tools such as Oyster knives for fishermen, Sickle for farmers and so on.
Many people come to buy from outside the town. 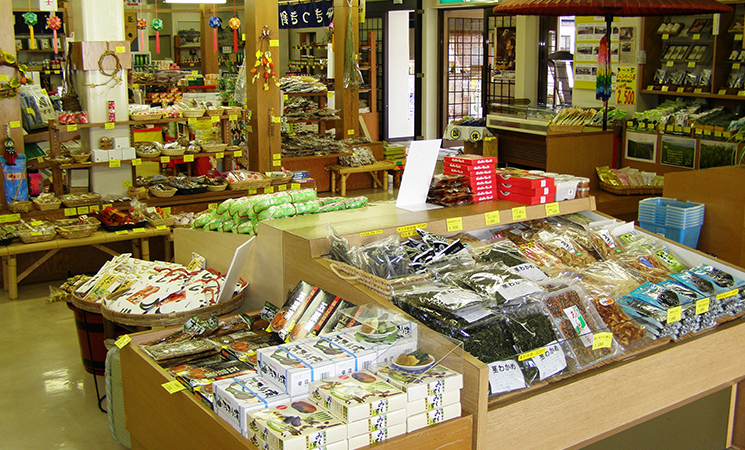 You can buy local specialties such as local sweets, green tea / black tea and marine products.